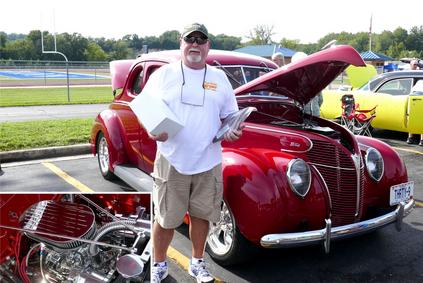 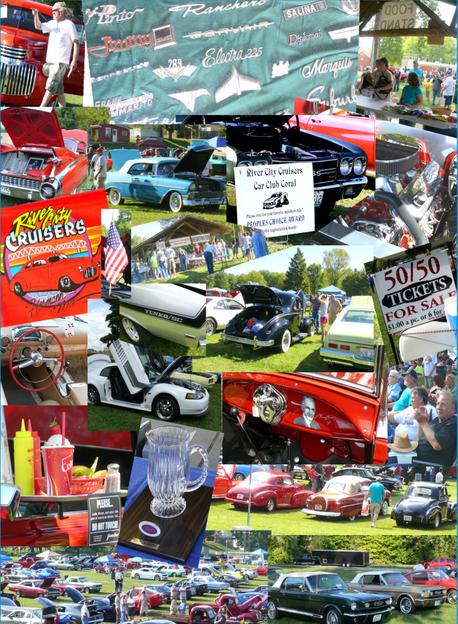 A short video of our 2017 Car Show in the Park. It starts with the gathering at the River Front Park the Saturday before the show and then moves on to the Car Show at the Hermann City Park in 2017. 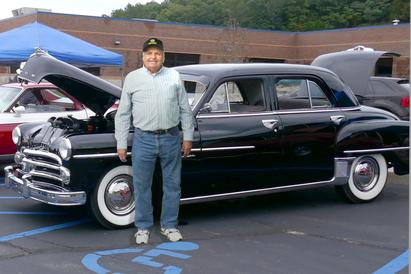 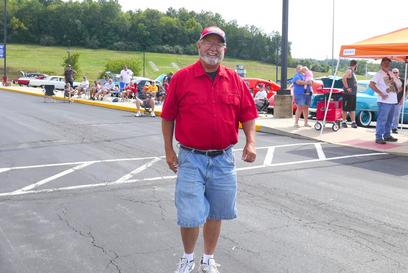 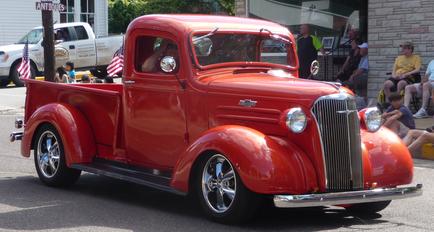 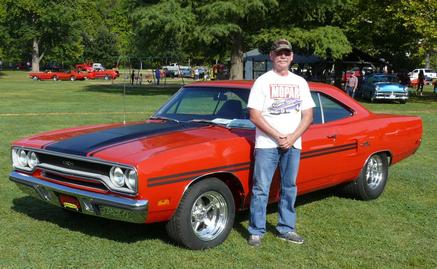 This isn’t the typical car show video.  Yes there are a few flashy, cool and unique cars & other modes of transportation that you would expect to see in a video about a car show.  This video shows a little of what it takes to put on a car show.  We aren’t professionals, nobody gets paid for their time.  We all give willingly and work together trying to share our passion, fascination and fondness for vehicles that gave us the freedom to roam, spurred our imaginations and were the fuel for our creative spirits when we were younger and as we grow older.

It takes hard work and guidance to make it all come together.  Individuals with unique talents, or just a willingness to help, bond on this one day a year to put on an event to share all of this with anybody that wants to join us.  We hope you enjoy the following 7 minutes or so and invite you to come to Hermann, MO in September and spend the day or weekend with people that share your interest and passion, be it customs, traditionals, racers, sports cars, two wheels, 4 or more wheels, classics, new or old, street, strip, track, rat-rod, tuners, haulers and antiques.

Come share with us what keeps you awake at nights, in the garage on weekends and what keeps you sane in a complex, intense world.
Bring a kid along too to help keep this flame lit.  Pass on your knowledge, joy and enthusiasm. 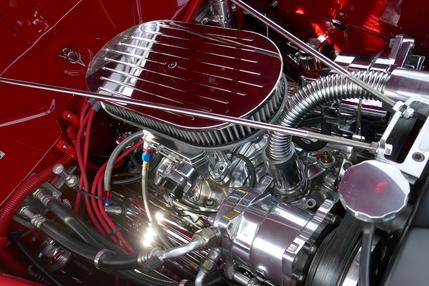 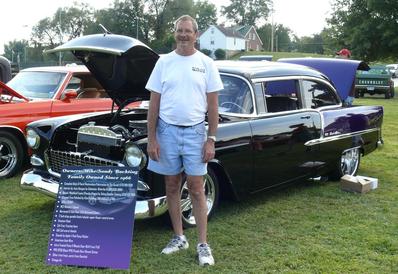 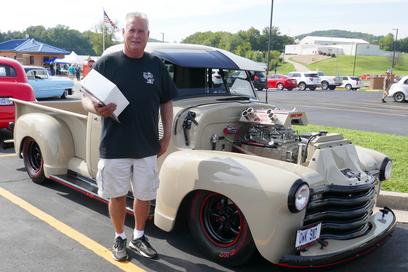 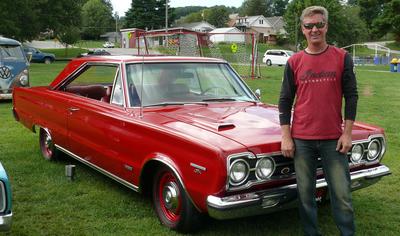 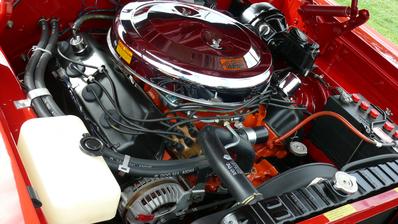 One of our members, Dale Gloe was recently honored for his efforts in restoring a 1959 Star Craft Super Constellation boat.  Dale acquired the boat in 2011 and in December of 2016 received the Splash of the Year (SOTY) award from forum members of the iboat Starcraft Boats Forum.  The 3rd photo of the T-Bird shows another boat Dale restored earlier.  It is a 1965 Cherokee Playboy made by KcKenzie Mfg. 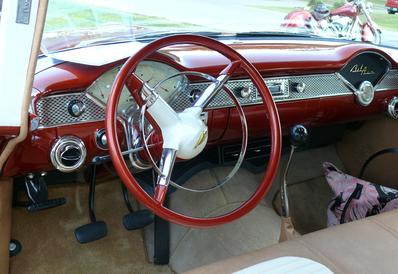 Pictures from our old files! 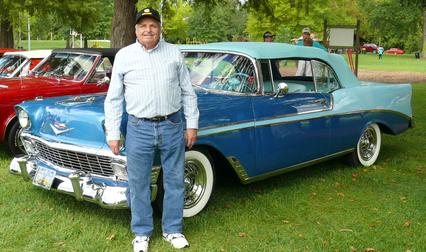 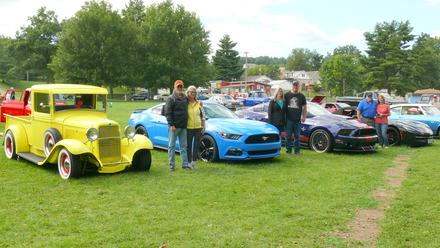 NOTE: THIS CAR WILL ALSO BE DISPLAYED AT THE SHERWIN-WILLIAMS AUTOMOTIVE FINISHES BOOTH AT THE 2019 SEMA SHOW.

The text from the Good-Guys Gazette, June 2017, Pg 153 reads as follows:
A powerful 572c.i. fitted with EFI rumbled the ground when Jim and Geralyn Gloe rolled through the awards ceremony with their '68 Camaro from Fulton, MO. Manhandling that power is a Detroit Speed suspension setup and calming it are Baer brakes on all four corners tucked nicely behind
Budnik wheels. A custom black leather interior may get hot in the heat of summer, so Jim relies on Vintage Air to keep him cool on those toasty days. 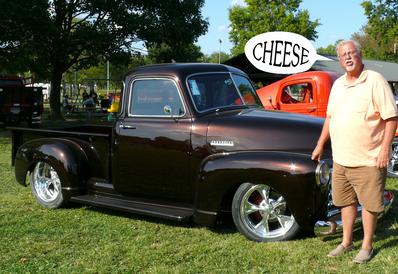 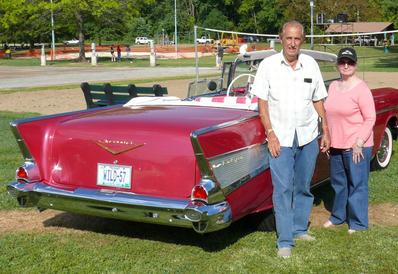 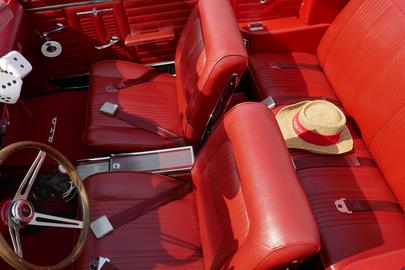 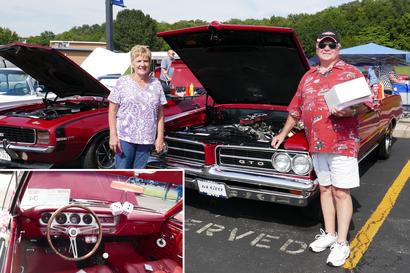 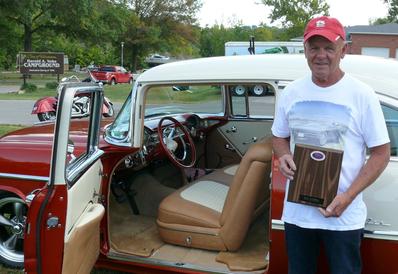 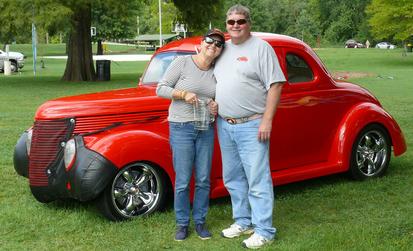 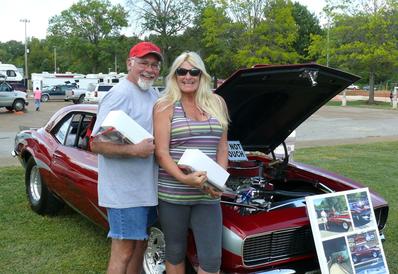 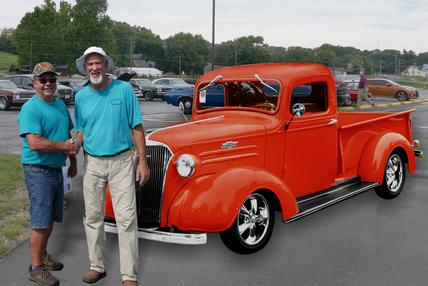 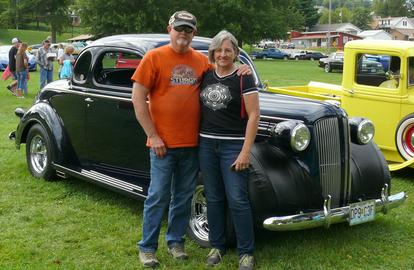 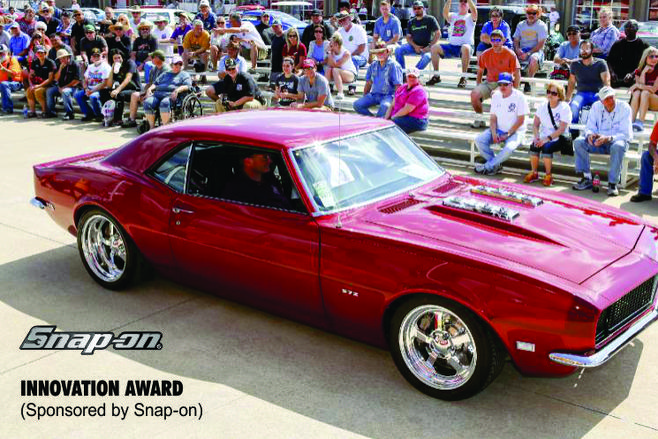